The Centre has blocked 59 apps with Chinese links that included the hugely popular TikTok, WeChat and UC Browser, amid a huge economic backlash against China following the June 15 clashes at Ladakh in which 20 Indian soldiers died in action. Sources said inputs from intelligence agencies suggested that the apps have been violating the terms of usage, compromising users privacy, and being used as spyware or malware. Within minutes of the announcement, the Indian government’s TikTok account MyGov, which had 1.1 million followers, was disabled.

This seemed specifically targeted at TikTok that was recently found accessing user data on Apple’s iPhones.

Analysts said such steps are now increasingly in the realm of expectations. “India will have to take policy decisions of this kind. This is the first in what is likely to be a series of such decisions. It cannot be business as usual,” said former Indian ambassador to China, Pakistan and Bhutan, Gautam Bambawale. 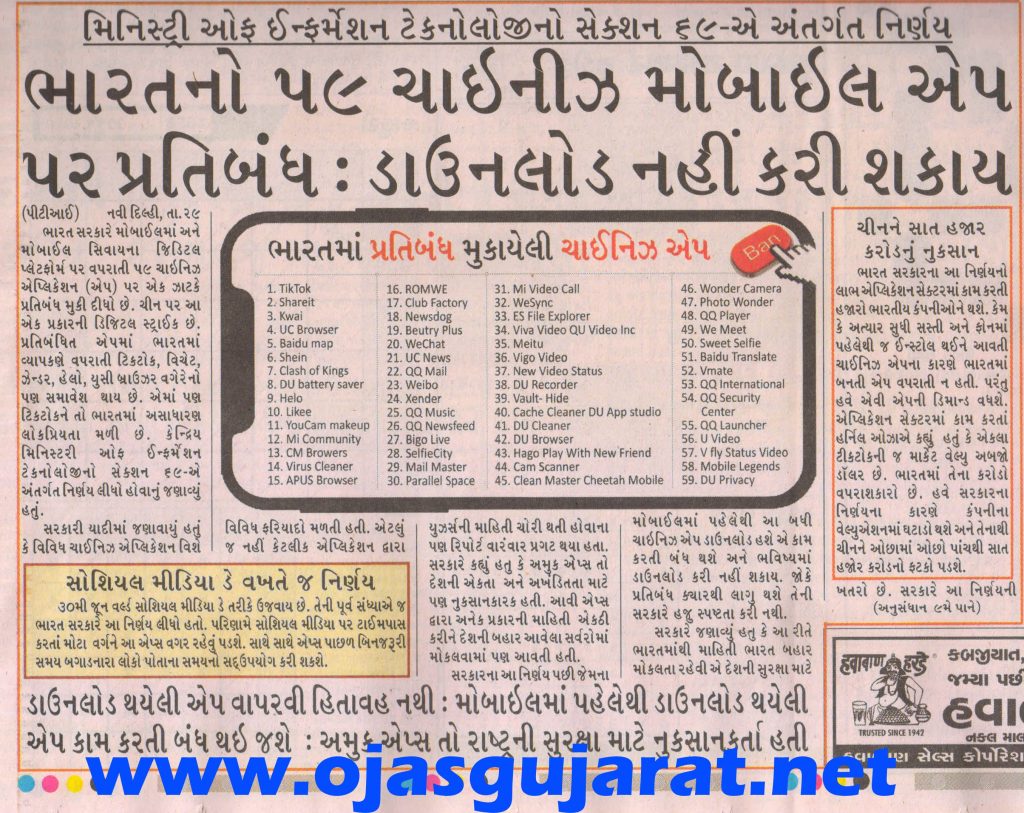 Explained: How will the ban of TikTok and other Chinese apps be enforced; what will be the impact?

What is the legal basis for India’s action?

The ban has been enforced under Section 69A of the Information Technology Act, 2000 (“Power to issue directions for blocking for public access of any information through any computer resource”): “Where the Central Government or any of its officers specially authorized by it… is satisfied that it is necessary or expedient so to do, in the interest of sovereignty and integrity of India, defense of India, security of the State, friendly relations with foreign States or public order or for preventing incitement to the commission of any cognizable offense relating to above, it may… by order, direct any agency of the Government or intermediary to block for access by the public or cause to be blocked for access by the public any information generated, transmitted, received, stored or hosted in any computer resource.”